The current forecasted out of service date for AS90 is 2030.The information came to light through a Parliamentary Question.Kevan Jones, MP for North..

The current forecasted out of service date for AS90 is 2030.

The information came to light through a Parliamentary Question.

“To ask the Secretary of State for Defence, what estimate he has made of when the UK’s AS90 will be removed from service.”

Hasn’t the date changed a couple of times?

Yes, Andrew Chuter at DefenseNews reported back in 2020 that a procurement delay means “the current date for decommissioning the AS90s has also gone back two years. A portion of the howitzer force will now remain operational until 2032.”

This appears to have changed again.

According to the British Army here, the AS90 is a 155mm self-propelled gun that equips three field regiments of the Royal Horse Artillery and Royal Artillery.

“The AS90 is fitted with a 155mm, 39-calibre gun barrel. In trials, two AS90 guns were able to deliver a total payload of 261kg on to a single target in less than ten seconds. An automated loading system enables the gun to fire with a burst rate of three rounds in fewer than ten seconds, an intense rate of six rounds a minute for three minutes and a sustained rate of two rounds a minute. The gun is equipped with a recoil and hydrogas suspension system, which allows the turret to traverse and fire through a full 360°.”

What will replace AS90?

The Mobile Fires Platform project is moving forward but remains in the concept phase.

Jeremy Quin, Minister for Defence Procurement, said in response to a series of questions asking about what platform will replace AS90, the cost and when the platform will be brought into service:

“The process for the identification of the mobile Fires platform, the successor to the AS90, is well underway, but not yet complete. A number of solutions remain under consideration but it would be inappropriate to comment on these until this process is complete.

“The Mobile Fires Platform (the principal project within the Close Fires Programme) remains in the Concept phase. It is, therefore, too early to understand the whole life cost of the Programme.”

Initial Operating Capability for the Mobile Fires Platform will be achieved in 2029.

One heavily publicised option for the project is the Hanwha Defense K9. The firm recently announced that it would join with UK suppliers to compete for the UK’s ‘Mobile Fires Platform’ programme.

“Hanwha Defense has begun formal discussions with UK partners to arrange for a ‘Made in the UK’ variant of its K9 Self-Propelled Howitzer”, according to a news release. 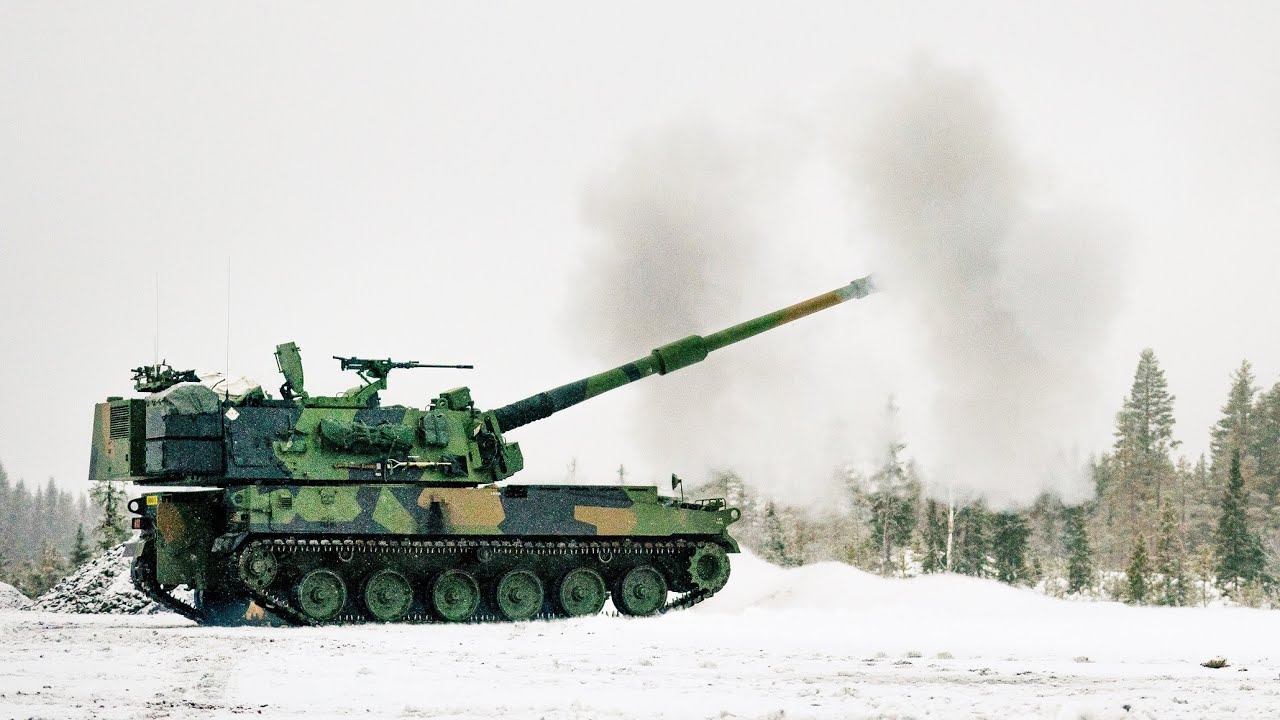 “The K9 is operationally proven and will be put forward by Hanwha Defense for the UK’s Mobile Fires Platform programme to equip the British Army with a world-leading artillery capability.”

More than 600 units of the K9 artillery system have been sold to nations around the world. The K9 self-propelled howitzer was developed jointly with the South Korean Agency for Defense Development in 1998. The builders say it offers the world’s highest level of performance with a maximum range of 40km and maximum speed of 67km per hour.

Hanwha pitch K9 howitzer to UK as AS90 replacement

The post British Army AS90 artillery to leave service at end of decade first appeared on UK Defence Journal.