Since the delivery of the first jet in 2012, the United Kingdom F-35 programme has expanded tremendously.Recently, the UK fleet reached a new..

Since the delivery of the first jet in 2012, the United Kingdom F-35 programme has expanded tremendously.

Recently, the UK fleet reached a new milestone, when it crossed the threshold of 10,000 flight hours.

This milestone has been nearly 10 years in the making.

In 2012, the first F-35B was delivered to the UK. Currently 21 of the planned 138 aircraft designated for the Royal Air Force and the Royal Navy are operating as three squadrons in two locations: the 617 ‘Dambusters’ Squadron and 207 Operational Conversion Unit Squadron at Royal Air Force Marham and the 17R Test and Evaluation Squadron at Edwards Air Force Base, California.

From the moment the first F-35 was delivered to the UK to the fleet’s most recent achievements, the UK F-35 programme has driven collaboration among global allies, cementing itself as a cornerstone of coalition operations say Lockheed.

Here’s a look back at some of the programme’s most significant milestones over the years. 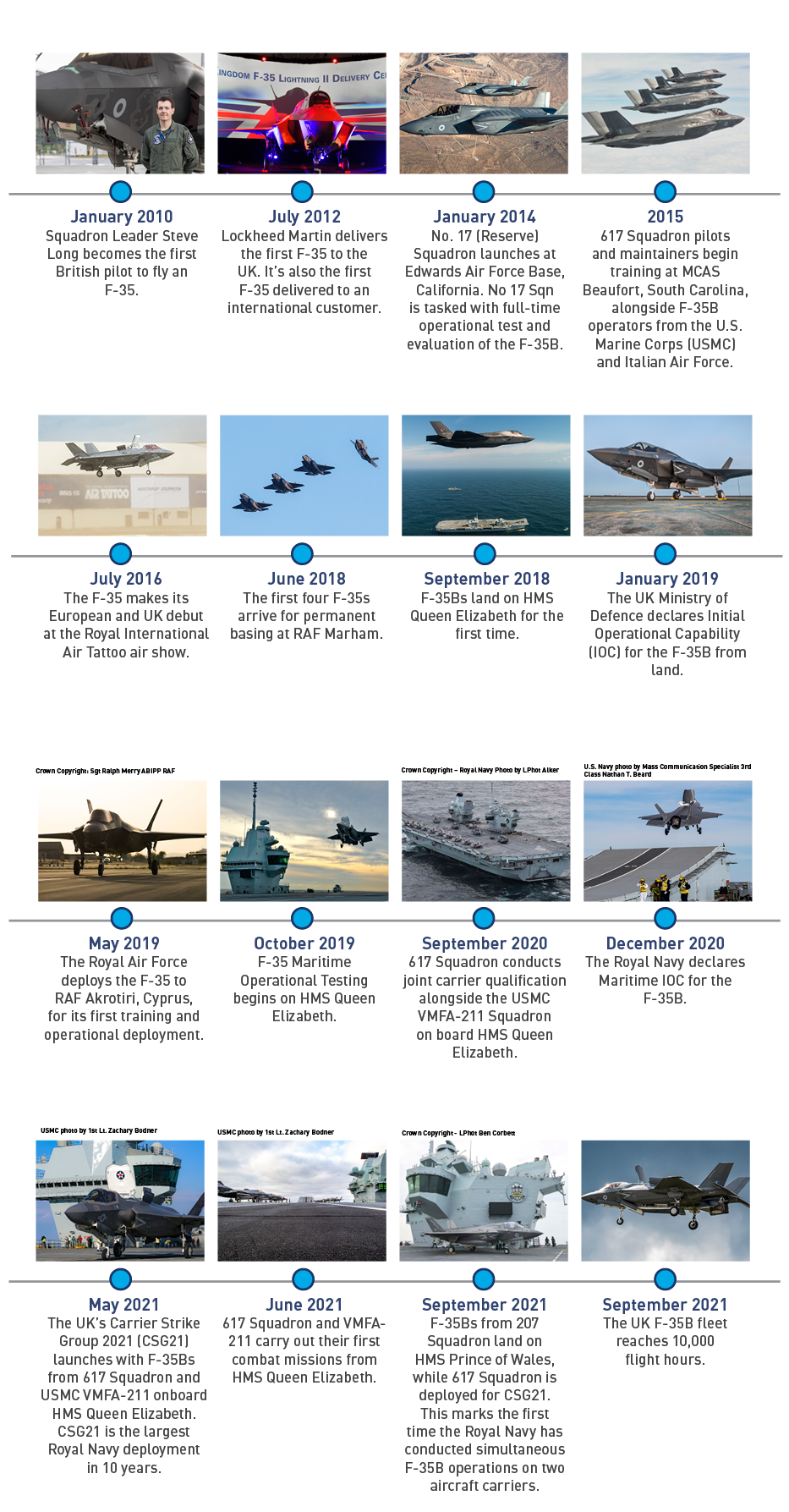