Mayor Vaugh at the helm

.The biggest lesson from this plague is that the Western world -and much of the rest of the world- is getting governed by Mayor Larry Vaughn from..

title
.
The biggest lesson from this plague is that the Western world -and much of the rest of the world- is getting governed by Mayor Larry Vaughn from "Jaws". 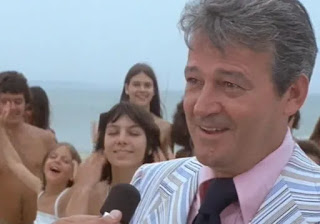 The behaviour patterns were identical in many countries and states; no decisiveness, pandering to popular opinion, fixation on superficialities, prioritisation of economic interests over citizens' lives, preferring any advice that suits the own preferences, not following public policy rules in private life ... and staying in power (or being replaced by people who turn out to be just the same).
Even worse; supposed competence centres showed that technocracy is no superior alternative, either. Even the dedicated anti-plague agencies of wealthy large countries were plagued by poor decisionmaking, if not showing appalling and unforgivable incompetence (such as the near-total statistics-analphabetic German RKI). They shone mostly when compared to the outright idiocy of dangerous idiots.
I spent more than a decade blasting away at the shortcomings of the establishment of government agencies and politicians in the field of military affairs and to some extent also foreign policy. The pandemic confirms that the systemic problem is more widespread, my suspicion is that all discontinuous government tasks are affected by the same systemic problems as in military policy. A military prepares for an event war) that (hopefully) only happens once every couple decades or centuries, our supposed plague experts only got tested after a 100-year break (one could also say they failed during both influenza epidemics of the 60's and 70's). Natural disaster responses are also prone to display disappointing performances, albeit this is most commonly attributable to insufficient budgeting before the disaster.
Sadly, this seemingly systemic proneness to failure in uncommon, rare challenges may also be an important factor behind the apparent inability to execute foreign policy strategy and geostrategy. The politicians and top bureaucrats may even be so aware of the proneness to disappointing behaviour that they avoid accepting unusual challenges.
In other words; predictable incompetence at execution may be the reason for the timidity and inactivity regarding strategy.
It doesn't help that Europeans often elected conservatives into power, who block decisive action by definition and spent decades to built institutions (including the EU) that by design prove stabilising, perpetuating, resistant to changes of course.This is beneficial in regard to some issues and harmful in others.
How could we possibly expect solutions to well-known problems or even some coherent, sensible grand strategy from Mayor Vaughn?
S O
[email protected]
P.S.: Sadly, the political press also failed spectacularly. One detail of this is that they criticised politicians for wrong things. I saw severe criticism about inefficiencies and mistakes made in hurried, frantic mas purchases. Those mistakes (not some related profiteering) were completely excusable IMO. The lack of comparably energetic action on other issues is what should have been criticised. Somehow the press finds it much more entertaining to criticise action than to criticise inaction. This may be related to the numbing success of actual conservatives.
.

Did you miss our previous article...
https://chiefmanagementofficer.blog/defense/bae-systems-publishes-the-report-contribution-to-the-uk-economy