The Philippine Navy has embarked on the acquisition of a harbor tugboat as well as an ocean-capable tugboat to assist larger naval vessels during..

The Philippine Navy has embarked on the acquisition of a harbor tugboat as well as an ocean-capable tugboat to assist larger naval vessels during entering to and leaving from their designated berthing and anchoring stations, aid vessels in manoeuvring in restricted waterways, and other harbor and towing duties.

With the Horizon 2 Priority Projects already approved in 2018, the Philippine Navy has decided to make use of the 2nd List of Horizon 2 phase to include this project.

The Harbor and Ocean-Going Tugboats Acquisition Project of the Philippine Navy was born out of need for new tugboats, with an initial 2 units eyed for acquisition through public bidding starting 2021.

The Philippine Navy has started modernizing its surface assets as most of its current assets are already beyond their expected lifespan. This includes the tugboats being operated by the service to service ships at port.

Not only are most of the PN's tugboats too old, but also lacking in numbers and are small in size. These tugboats are only capable of operating within port areas and in littoral areas.

The accidental grounding of the patrol frigate BRP Gregorio del Pilar (PS-15) in the Hasa-Hasa Shoal in August 2018, and the lack of sufficient tugboats to pull the ship out of the shoal and tow it to safety was an eye-opener for Philippine Navy officials.

The Philippine Navy have to get the services of commercial tugboat operators to do the job as the service does not have any tugboats capable of such job. On top of that, the cost of the tugboat service from Hasa-Hasa Shoal to Subic Bay apparently costed the Philippine Navy a huge sum, which could have been enough for the service to buy a slightly-used tugboat in the international market.

It was also reported then that China offered to help pull out the stranded BRP Gregorio del Pilar (PS-15) out as they know the Philippine Navy did not have the capacity to do it on its own, and out of fear that the Philippines might let the ship remain in the shoal as a temporary base.

In 2020, MaxDefense Philippines received information from sources that the Philippine Navy has started the pre-procurement process to acquire 2 tugboats with a budget of Php600 million. These tugboats would also have firefighting capability to assist other ships or shore facilities on fire.

The ships are not expected to be armed by external-mounted weapons, but its crew can be equipped with small arms, as the boats will have its own armory.

The Invitation to Bid (ITB) for the project was released on 03 May 2021, with the Submission of Bids deadline and Bid Opening Date set on 25 May 2021, although this could change depending on outcome of the Pre-Bid Meeting on 11 May 2021.

No information has been provided though if the Philippine Navy would retire its older tugboats, although it appears that they will remain for several years more.

The Harbor Tugboat is expected to be at least 26 meters long, displaces at least 400 tons, a crew of 10 personnel, a maximum range of 900 nautical miles, a Bollard Pull capacity of at least 40 tons, and be able to operate up to Sea State 6.

Meanwhile, the Ocean-going Tugboat will be at least 30 meters long, displaces at least 600 tons, a crew of 10 personnel, a maximum range of 1,500 nautical miles, a Bollard Pull capacity of at least 60 tons, and be able to operate up to Sea State 6.

* Status: Invitation to Bid released by the DND on May 2021, for Public Bidding. Submission of bids scheduled on 25 May 2021. 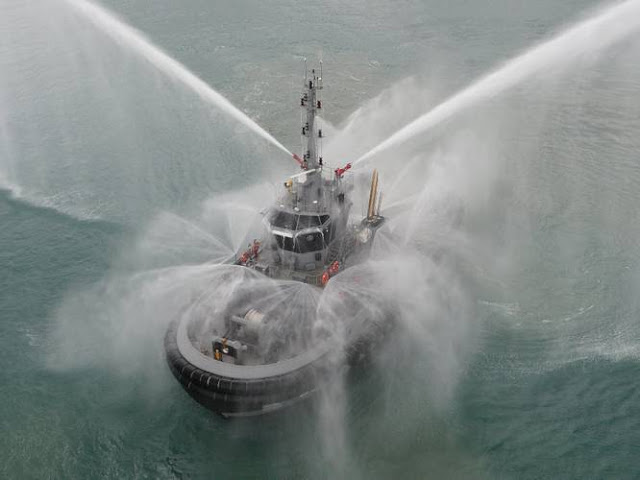 Did you miss our previous article...
https://chiefmanagementofficer.blog/defense/airbus-and-boeing-report-on-the-second-quarter-2021-commercial-aircraft-orders-deliveries