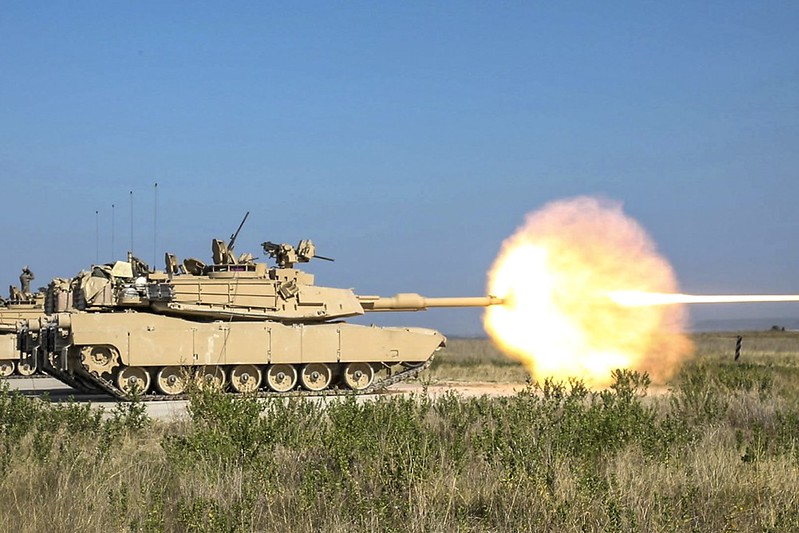 Poland’s defense minister, Mariusz Blaszczak, confirmed rumors of a planned acquisition by Warsaw of 250 M1A2 Abrams SEPv3 main battle tanks (MBTs) from the U.S. on July 14. The purchase of the latest variant of the Abrams MBT is meant to counter the introduction of the new-generation T-14 Armata tank into Russian military service next year.

Poland’s tank purchase is valued at PLN23 billion ($5.9 billion), with financing provided outside the general defense budget via a special funding envelope managed by the Defense Ministry and adopted under a resolution by the Council of Ministers. This funding will cover not only the purchase of the tanks but also the associated support vehicles and platforms, bulk ammunition, and training and logistics support package.

The aim is for deliveries to begin in 2022. Once handed over, the tanks will be positioned in the eastern portion of the country to provide a first line of defense along Poland’s border.

Poland’s land forces operate German-built  Leopard 2A4s currently being upgraded to the Leopard 2A7 (or so-called 2PL) standard as well as Cold War-legacy, Soviet-designed T-72s and the local T-72 variant, the PT-91 Twardy. The M1A2 Abrams SEPv3s are meant to replace the outdated T-72 and PT-91s.

Poland is also examining new-generation MBT options under a program called “Wilk,” or Wolf, with initial indicators showing interest in an industrial tie-up with France and Germany in order to partake in the Franco-German new-generation tank project planned by Nexter and Krauss-Maffei Wegmann.

Reports indicate this interest has since cooled off (due to potential lack of Polish industrial participation in the project), and Poland is examining alternative partners, including South Korea’s Hyundai Rotem.

South Korean media reported in January 2020 that Hyundai Rotem is attempting to strike a $9 billion deal with the Polish government that would involve local production of 800 K2 Black Panther-design tanks. Hyundai Rotem has offered Polish defense companies the opportunity to jointly produce its K2PL, a Polish variant of its Black Panther.

The Polish Ministry of Defense is stressing that the Abrams procurement meets an urgent operational requirement and does not obviate its goals for the Wilk New Generation Main Battle Tank program.