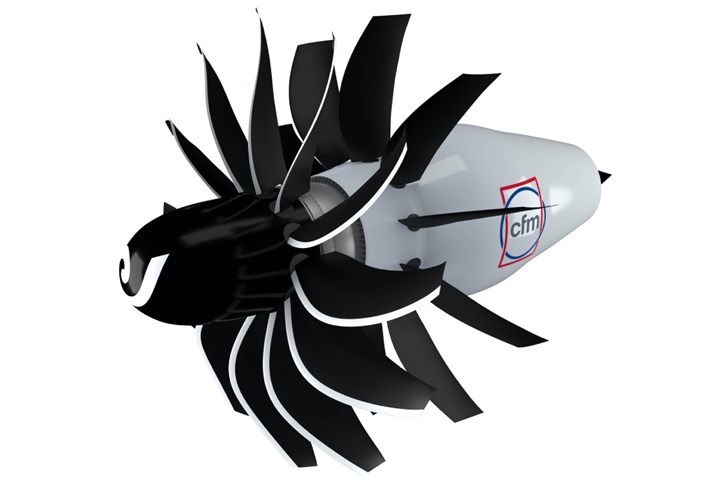 Safran is slowly working its way through the COVID-19 pandemic, with the initiatives it took at the beginning of the crisis helping it along.

As Safran focuses primarily on the commercial sector, it was particularly hard-hit by the collapse in air traffic due to lockdowns and travel restrictions all around the world.  The company has a limited amount of defense-related contracting, which has helped some aviation firms maintain revenue throughout the period.

As a result, the firm moved quickly to adjust its operations, cutting its workforce by 17 percent to 78,900 from a high of 95,400 in 2019.  The company also rationalized its industrial footprint within its Aircraft Interiors, Electrical & Power, and Nacelles activities with four site closures, three transfers of production, and about 10 restructuring plans.

Helping the company in these difficult transitions was strong support from the government.  Early in the crisis, the French government responded with a EUR15 billion plan to save jobs and the industrial base, primarily within the aviation sector. The rescue package also ramps up investment in emerging technologies, such as electric and hydrogen power.

The program aims to shore up major companies that are considered national assets, such as Airbus, Dassault, Safran, and Thales, while helping hundreds of smaller subcontractors throughout the country. The country wants to preserve aviation skills to prevent decline and better compete with Boeing and a new potential rival in China’s COMAC.

For the first nine months of 2021, revenue was down almost 13 percent to EUR10.6 billion, compared to EUR12.1 billion in the same period for 2020.  The results mirror the world’s slow economic emergence from the hibernation the pandemic brought on.

“Safran’s third-quarter revenue confirms that the recovery is gaining strength month after month, which makes us optimistic for the future,” CEO Olivier Andries said. “We are efficiently managing the business recovery in terms of costs, supply chain, and inventories which will enable Safran to emerge stronger from this crisis. We are therefore very confident about our revenue and profitability outlook for 2021.”

That said, 2022 will be a period of rebuilding, as the most critical issue facing OEMs now is supply chain problems. Due to this disruption, aerospace and defense companies are having a hard time getting needed semiconductors and plastics, and they are paying far more for raw materials like steel and aluminum than they once were.  A variety of industries are competing for a limited supply of goods.

Cargo has proven robust during the pandemic, and it is expected to remain so thanks to suppliers shifting some products to air rather than maritime delivery. Passenger air travel is slowly improving, with domestic flights recovering faster than international routes. However, despite the improvements, recovery will take some time, as air travel is not forecast to reach its prepandemic levels until 2023 at the earliest.

One bright spot for Safran is the possible acceleration of advanced technology programs.  Part of the French government’s stimulus package is a goal to ramp up research and development of hydrogen and electric power for future aircraft designs.

Here, Safran stands to benefit the most from its earlier acquisition efforts. One area of focus in the company’s strategy has been expanding its operations in the “electrification” of aircraft, which is poised to be the next growth market in aerospace, as it promises even more aircraft efficiency.

The keystone to this focus was the acquisition of Zodiac Aerospace.  In 2018, Safran completed its long-stored acquisition of Zodiac, effectively taking control of the company.  The combined entity unites Safran activities – which span turbines, landing gear, brakes, and avionics – with Zodiac’s cabin interiors and fuel, lighting, safety, and power distribution gear.  As a result, Safran is now a one-stop shop for OEMs.  Further, the deal expands Safran’s interests in North America, where Zodiac has a large industrial presence.  This should help decrease the combined firms’ currency exposure in the aerospace industry’s dollar-denominated market.

Zodiac Aerospace is one of two major suppliers of aircraft seats, the other being B/E Aerospace.  B/E Aerospace was acquired by Collins Aerospace, which Raytheon Systems recently acquired.   The goal of these consolidations among Tier 1 suppliers is to gain a stronger position from which to negotiate with OEMs.

Another key technology in new aircraft designs is fuel-efficient engines.  Safran Aircraft Engines, through its joint venture with CFM International, has developed the new LEAP engine to meet this demand.   While COVID-19 and the 737 MAX grounding slowed production in 2020 and 2021, this will rebound in tandem with the airliner recovery over the next few years. Looking ahead, the partners launched the CFM RISE engine development program, which aims for 20 percent lower fuel consumption and reduced CO2 emissions.

Forecast International’s  Defense & Aerospace Companies, Volume II – International service includes coverage of over 90 top companies and subsidiaries outside North America, with a focus on key players in Europe and Asia. Each of the volume’s 50+ reports contains data on recent programs, mergers, and joint ventures. Among the notable corporations covered are OEMs such as Airbus, Aviation Industry Corporation of China (AVIC), BAE Systems, and Embraer. Also featured are Tier I and Tier II contractors such as Rolls-Royce, Hanwha, Rafael, RUAG, and IHI Corporation. Pricing begins at $2,295, with discounted full-library subscriptions available.  Click here to learn more.