Bioenergy, Biofuels and Biomass: What are they and how do we use them?

Referred to as bioenergy nowadays, humans have used biomass energy since they mastered fire. Bioenergy is a rapidly developing industry and an..

Referred to as bioenergy nowadays, humans have used biomass energy since they mastered fire. Bioenergy is a rapidly developing industry and an increasingly viable alternative to fossil fuels because it’s a renewable energy resource.

In this guide, we’ll explain just what people mean when they talk about bioenergy, biomass, and biofuel. We’ll also look at bioenergy’s potential for climate change mitigation, energy production, and its role as a renewable energy source.

Bioenergy (a word often used interchangeably with biofuel) is energy derived from biomass, which are plant- and animal-based materials taken from renewable sources. For example, dung, grasses, and wood products were early biofuels that people used to produce energy. In some societies, they are still widely in use.

Today, most biomass feedstock becomes the biofuels we’re most familiar with: ethanol (alcohol) and biodiesel (an oil). Feedstocks are categorized as first, second, and third generation.

First-generation biofuels come from food crops, such as corn, sugar cane, and maize for ethanol, and biodiesel feedstock comes from vegetable oils such as soybean oil and canola oil.

Second-generation feedstocks come from cellulosic materials (made from cellulose, aka complex sugar molecules) such as cotton, wood, grasses, and plant fibers.

When Was Biomass Energy First Used?

Bioenergy, or biomass energy, has been with us for millennia, from the time humans first began burning plant or animal material to fuel their cookfires. There’s plenty of evidence to suggest humans began using biomass energy between 230,000 and 1.5 million years ago.

For most of humanity’s existence on the planet, the use of biomass was limited to cellulosic or woody, fibrous materials for cooking and heating. However, not long after people began distilling alcohol in the 12th century, they used ethanol for cooking and lighting. Derived from grain, a plentiful feedstock, ethanol was readily available.

As mining and drilling became commercially viable, coal and crude oil gained popularity over biofuels. Then, with electrification, coal- and gas-fired plants took advantage of cheap crude and coal, and bioenergy production took a backseat.

With the advent of gasification – a technology that converts carbon-based material to fuel gas – ethanol took a back seat, except for the early years of the automotive industry. Until we learned to refine crude oil, fuel scarcity meant a reliance on biofuels. Fuel shortages related to the world wars also increased the demand for ethanol and other biofuels.

The gas shortages of the 1970s brought renewed interest in bioenergy. In addition, scientists began to sound the alarm over climate change, global warming, and the impact of greenhouse gas emissions.

With growing public concern about carbon dioxide and methane emissions and the sustainability of our fossil fuel energy sources, bioenergy technologies are once again developing into a bioeconomy.

Where Does Bioenergy Come From?

Bioenergy comes from the consumption of biomass, the ultimate chemical storage battery. Moreover, bioenergy is renewable. Most biomass comes from plant materials that have undergone photosynthesis. As you might recall from your science classes in school, photosynthesis is the process plants undergo to convert sunlight, carbon dioxide and water into oxygen and glucose.

How Is Bioenergy Produced?

There are a few thermochemical conversion methods:

Biodiesel producers use this synthesized gas (syngas) to make biodiesel. It’s also possible to extract the hydrogen from syngas in fuel cells or as a fuel.

How Is Bioenergy Used? 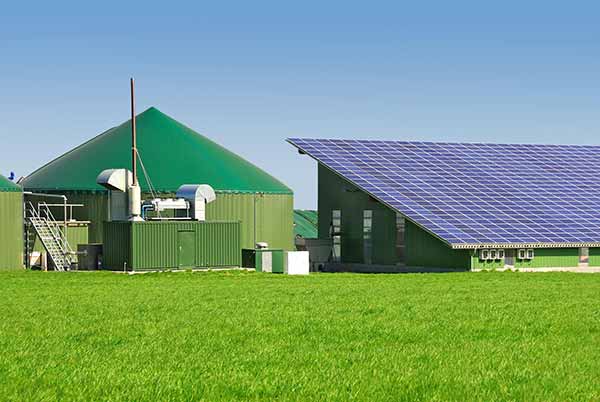 Around the world, animal dung, peat moss, and wood still provide many people with sustainable bioenergy for cooking and heating. Fortunately, bioenergy technologies have advanced considerably from the days of cookfires and spirit lamps.

In 2020, biomass accounted for about 4.9% of the United States’ total primary energy consumption. Slightly over half that amount came from wood and wood-derived byproducts. Except for a small portion derived from municipal waste, the remaining energy output came from biofuels with ethanol as the primary source of biofuel.

Bioenergy has many applications: heat, liquid fuels, transportation fuels, and power generation. Bioenergy can be used directly (heat and electricity) or indirectly (biofuels) depending on the end-use.

The transportation and industrial sectors consume the majority of the bioenergy produced. The rise of bioenergy systems and production techniques has energy from viable, renewable energy sources.

What Are Examples of Bioenergy?

Biomass briquettes are one example of bioenergy; they are hydrophobic (highly water-repellent) and ideal for storage in damp conditions. High-energy density burns quickly and is used for direct firing or co-firing to produce electricity through steam-driven turbines. The electricity is then available for manufacturing or heating.

Pyrolysis oil, a kind of tar known as biocrude or bio-oil, is burned to generate electricity. Scientists are studying its use as an alternative to petroleum. Pyrolysis oil is also an ingredient in plastics and other fuels.

Biochar is a carbon-rich type of charcoal used in farming. It naturally occurs in areas that have experienced forest fires to enrich the soil, sequester (absorb) carbon, and prevent soil leaching.

What Are the Benefits and Advantages of Bioenergy?

The primary advantage of biomass is that it’s a renewable energy source that begins with solar energy. In addition, sustainably farmed trees and energy crops regrow comparatively quickly and are available as a steady supply of biomass feedstock.

Feedstock energy, stored within the plant, is available on demand. Often grown on marginal land, the feedstock crops don’t compete with other agricultural crops and provide habitat for local species.

What Are the Disadvantages of Bioenergy?

Forestry and crop management are required to ensure the timely availability of feedstocks. Switchgrass, for instance, grows more quickly than trees, and mature trees sequester more carbon than young trees. On the other hand, peat moss grows very slowly, taking as much as a year or so to grow just one millimeter.

Land use for growing biomass feedstock can be controversial. In agriculture, energy crops and food crops sometimes compete for arable land. Corn is the primary feedstock for ethanol; it’s also grown for livestock and human consumption. When grown as a vegetable oil source for biofuels, soybeans aren’t as readily available for people and animals to eat.

Biomass releases greenhouse gases on a par with fossil fuels, contributing to poor air quality, climate change, and global warming. Those gases must be captured and recycled to avoid air pollution and for climate change mitigation. Careful management of woody feedstocks can help sequester carbon emissions.

Biomass‘s energy density is lower than fossil fuels. Processing biomass into briquette or pellets increases its energy density and makes transportation more economically viable. Anyone who burns wood for heat knows that freshly cut wood doesn’t produce as much heat because of its high water content.

How Much Does Bioenergy Cost? 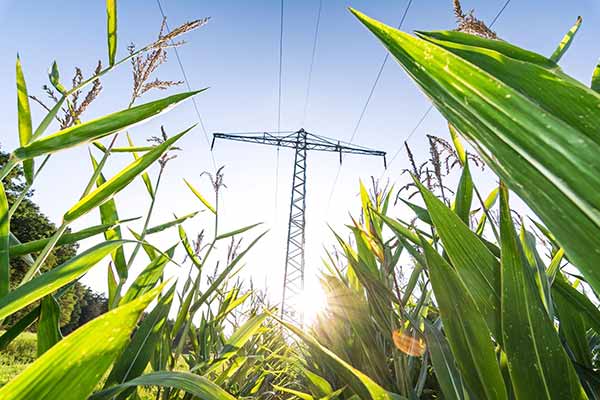 In determining the cost of bioenergy, it’s essential to compare apples to apples. Several factors impact the calculated Levelized Cost of Energy (LCOE). First, LCOE considers all the costs, from feedstock to plant construction and operation to delivery systems over the lifetime of operations. In short, it’s a way of comparing different technologies on an equal basis.

Feedstock availability and supply reliability play a critical role in economic decision-making for biomass power plants. If sourced from some wastes such as black liquor (pulp and paper mills) or bagasse (sugar mills), costs can be as low as zero. By contrast, forest and woody biomass feedstocks ran about $52 per dry ton in 2019.

In 2016, the range of electricity generation costs was between $0.030 and $0.140 per kilowatt-hour, though the top-end was $0.250 per kWh, according to the International Renewable Energy Agency (IRENA). Typically, waste incineration projects designed for waste disposal instead of generating electricity have higher costs.

By comparison, in his 2019 Forbes magazine article, “Renewable Energy Costs Take Another Tumble, Making Fossil Fuels Look More Expensive Than Ever,” writer Dominic Dudley writes that the cost of developing new fossil fuel power plants comes in at between 0.05 per kWh and $0.13 per kWh as a global average.

Biomass Energy: Is It the Way Forward?

Since humans learned to control fire, biomass has been an energy source. Until the petroleum boom of the mid-20th century, people have used plant materials for heating, cooking, and lighting.

Technological advances have made bioenergy production a serious contender in searching for renewable energy sources. As of 2019, levelized cost comparisons show that bioenergy is fractionally more expensive than fossil fuel-based energy production. And the gap is closing as production techniques become more sophisticated.

As humankind seeks to lessen its reliance on fossil fuel-based energy, biomass energy is poised to become an alternative energy source of the future.

Brought to you by justenergy.com

The post Bioenergy, Biofuels, and Biomass: What They Are and How We Use Them appeared first on Just Energy.

By: Just Energy
Title: Bioenergy, Biofuels, and Biomass: What They Are and How We Use Them
Sourced From: justenergy.com/blog/bioenergy-biofuels-biomass-what-they-are-how-we-use/
Published Date: Fri, 07 Jan 2022 08:00:54 +0000