By Ted PicconeThe global pandemic has dramatically impaired the lives of millions of people around the world. It has also dealt a body blow to..

The global pandemic has dramatically impaired the lives of millions of people around the world. It has also dealt a body blow to democracy, human rights, and the rule of law, at a time when these values were already in decline.

The accumulating evidence from a diverse set of countries is compelling. Government executives used the pandemic to seize more power through states of emergency that may have been necessary given the gravity of the crisis, but did not follow prescribed rules. The basic functioning of parliaments and judiciaries was hobbled by the nature of the crisis, which made it impossible for people to gather safely, and the lack of preparedness to manage it. Fundamental freedoms of movement, assembly, and expression were curtailed, often by repressive regimes that manipulated the situation to muzzle critics in the political opposition, civil society, and the media. And rights to health, education, and decent work were severely set back, especially for women.

What the data show

New data released this month in the World Justice Project “Rule of Law Index 2021” show just how far these key elements of democratic governance have deteriorated since the pandemic hit in 2020. For the fourth year in a row, the rule of law in a majority of countries declined. This pre-pandemic negative trend seriously expanded during the COVID-19 pandemic, reaching a new high of 74% of all countries surveyed. The study now covers 139 countries and draws on surveys of more than 138,000 households and 4,200 legal experts to score each country on eight factors related to the rule of law. It measures a range of governance topics such as corruption, respect for fundamental rights, regulatory enforcement, and the functioning of the justice system.

More countries declined than improved in every rule of law factor measured other than “order and security,” and the negative trends hold for every region of the world, in rich and poor countries alike. The data show pronounced declines in indicators of constraints on government powers, civic space, timeliness of justice, and absence of discrimination, with two-thirds or more countries backsliding on these key governance factors. Even areas such as open government, regulatory enforcement, and civil justice, which had improved slightly in recent years, faced setbacks over the past year in most countries surveyed. 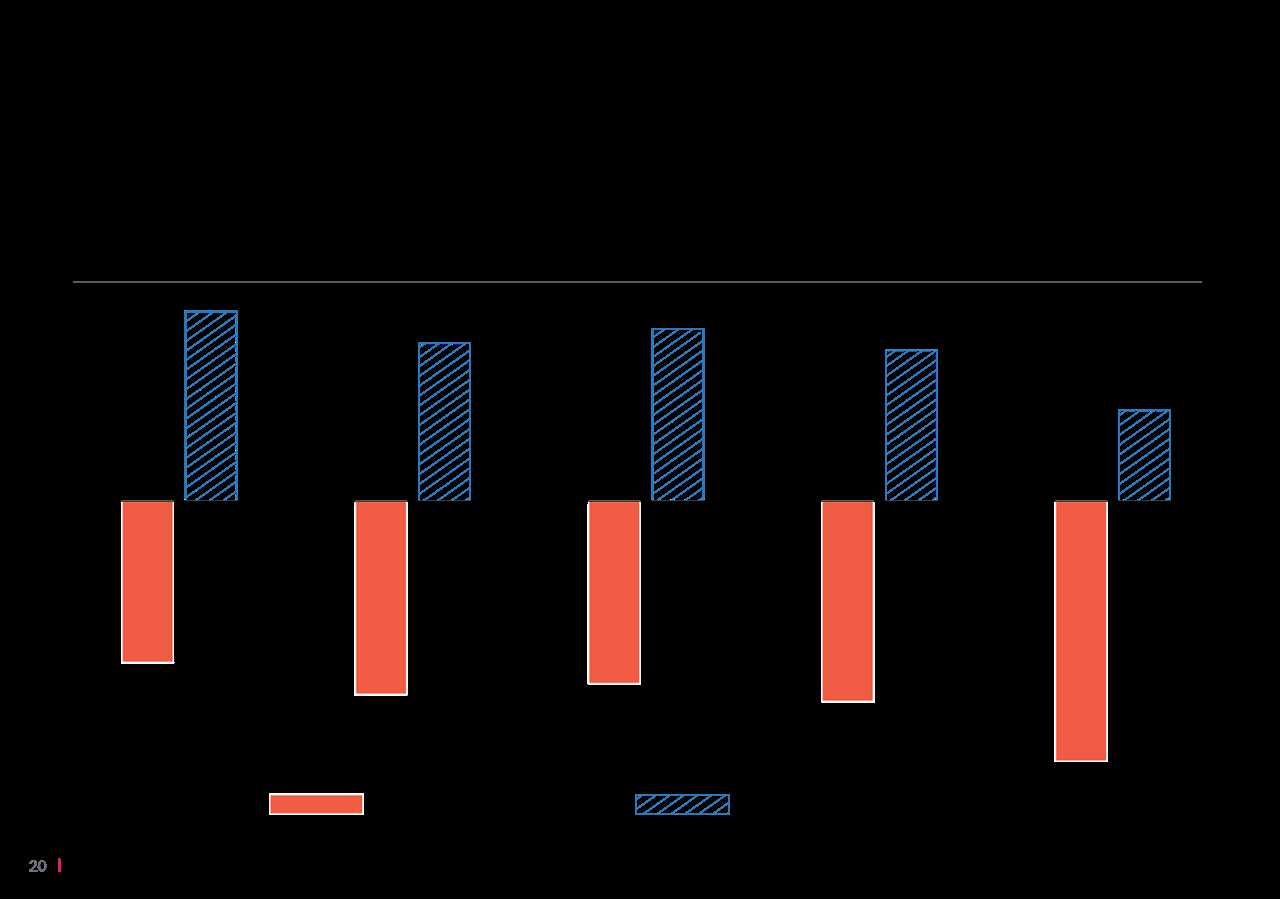 Warning signs for the West

While Europe and North America continue to outperform every other region in the world, there are several signs that should ring alarm bells. For example, 14 of 20 countries in the European Union declined in their rule of law scores, with eight of those decliners (Austria, France, Greece, Hungary, the Netherlands, Poland, Portugal, and Romania) dropping for the second year in a row. In the domain of civic space, which includes measures of civic participation, freedom of expression, and freedom of association, 22 countries in the broader Europe and North America region declined in all three dimensions, with the biggest average drops in Belarus, the United States, Russia, and Turkey. 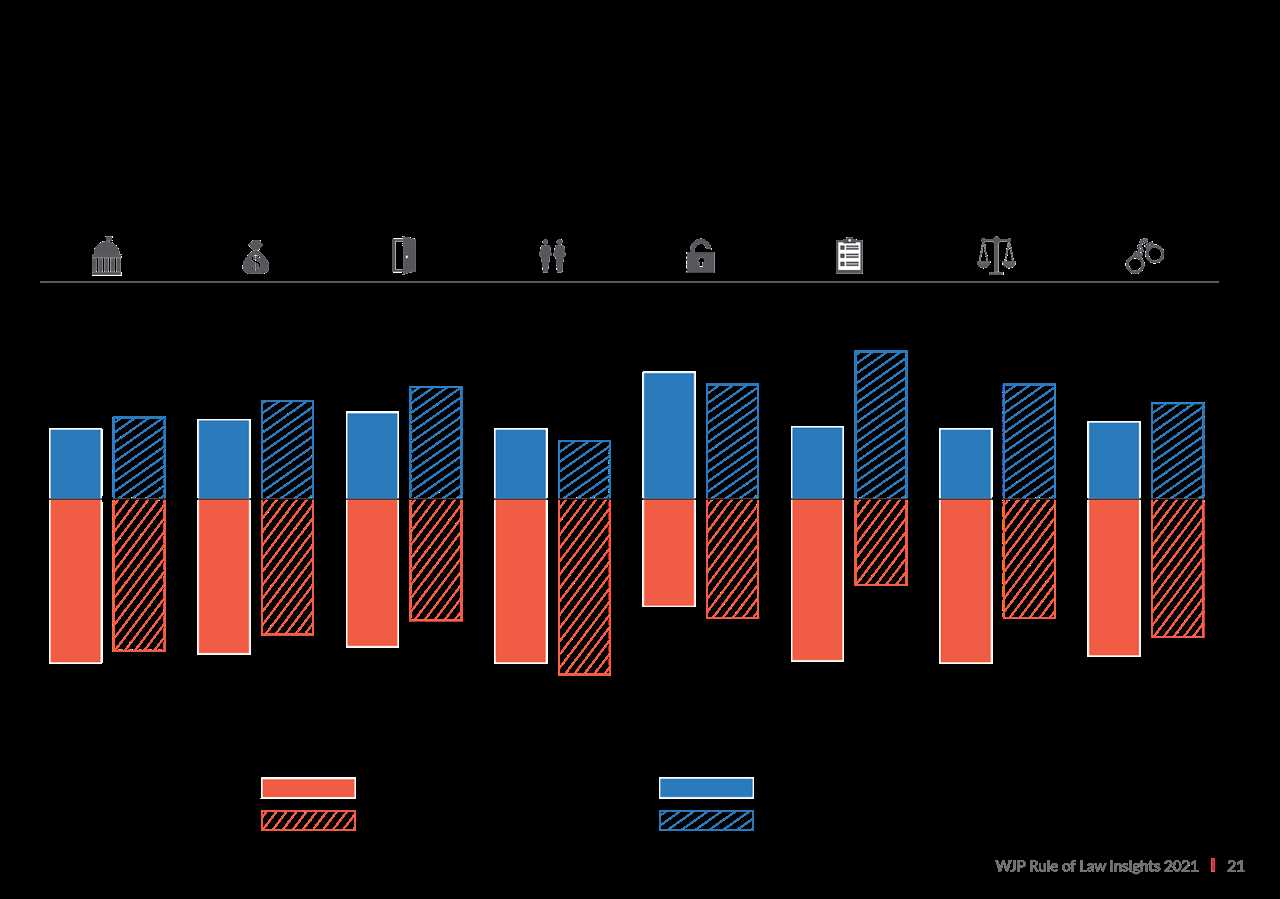 For anyone watching events in the United States these last few years, it should come as no surprise that its rule of law declined more than any country in the European and North American region, followed by Poland and Hungary; it also dropped the most in the high-income category. This slide in U.S. rule of law scores cuts across every factor measured, with the exception of regulatory enforcement. Moreover, the scale of backsliding was particularly noteworthy in such areas as constraints on government powers, absence of corruption, fundamental rights, and criminal justice.

Certainly, the political, social, and economic disruptions caused by the pandemic can explain some of these observations, both in the United States and across the world. It would be wrong, however, to stop there. When one goes back to 2016, the persistence of the U.S. decline becomes more evident: scores on constraints on government powers, for example, fell by 16%, reflecting multi-year declines in legislative (-16%), judicial (-17%), non-governmental (-16%), and independent auditing (-21%) checks on government powers. Similarly, the score for sanctioning misconduct by government officials dropped by 14% since 2016. Over the same period, the U.S. score on respect for fundamental rights slid 11%, ranking 42nd out of 139 countries on that factor in the 2021 study.

Implications for the Biden democracy agenda

Given these negative trends, President Joe Biden and his advisers have correctly couched the administration’s democracy agenda in the language of humility, reform (“building back better”), and appeals to the middle class. Its withdrawal from Afghanistan, as chaotic and painful as it was, nonetheless yanked the band-aid off a wound that was festering for too long and at too high a cost. For all the billions of dollars spent to build a functioning democratic state, Afghanistan continues to rank near the very bottom of governance and rule of law standards. As Biden has remarked often, it is time to repair the damage of the last several years and show Americans, and the world, that democracy can deliver tangible improvements in people’s lives.

Biden’s plans to get past the pandemic, restart the economy, invest billions in infrastructure, and billions more in expanding a badly frayed social safety net are key steps toward fulfilling that vision. Much more will be needed, of course, starting with essential political reforms to protect free and fair elections, decontaminate the information ecosystem, and roll back the outsized influence of special interest money in campaigns. Outcompeting an increasingly authoritarian China for global influence depends essentially on the United States practicing what it preaches across the board.

On paper, the White House’s plans to host the first-ever Summit for Democracy this December — followed by a “year of action” for those who commit to implement their promises — look sound. But in practice, they remain bogged down in some difficult questions. For starters, which governments will be invited and on what basis? How will civil society be represented, particularly from repressive societies? How will progress be assessed to earn an invitation to a second summit next year? And perhaps most importantly, what further steps can the administration take to advance the domestic side of the democracy promotion coin?

In the end, the road map for success runs along a windy and steep curve. By all objective measures, the United States badly needs to reverse its deteriorating rule of law and governance performance. Yet it must contend with antiquated rules that feed rather than fend off the dysfunction that is hobbling progress both in Congress and at the state level. The world is watching and waiting with some doubts about our reliability as a strong partner. With Chinese President Xi Jinping’s Beijing extending a hardening fist, now is the time for Washington to seize the moment and correct course. The Summit for Democracy could help catalyze and consolidate this push for democracy in ways that advance positive change at home and abroad.