By Ted StanichAssociate Administrator, Office of Homeland SecurityAs we remember the events of September 11, and mark the 19th anniversary and.. 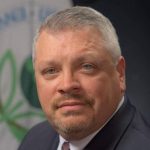 As we remember the events of September 11, and mark the 19th anniversary and Patriot Day last week, I am reminded of the mood in Washington, D.C. in October 2001— “first 9/11, and now this?” The fear was real and we heard so many rumors about potential new threats that when there was anthrax in the mail it wasn’t necessarily a shock.

For all of us in EPA’s Criminal Investigation Division (CID) we felt a responsibility to support whatever EPA was asked to do. It was an “all-hands on deck” moment. We were assisting the EPA Region 3 On Scene Coordinators (OSCs) with sampling in Capitol Hill buildings (Dirksen and Hart) when the FBI called requested our assistance to collect evidence.

The FBI told us they needed help to collect mail on Capitol Hill. This meant donning personal protective equipment (PPE). But we were prepared to deal with this kind of biological threat. We worked with our agency colleagues, obtained the proper PPE, and knew the science of the threat. Rumors were flying in the media about “weaponized anthrax spores,” but hard data was hard to come by. We received much needed data from the FBI, which helped inform our decisions and helped keep us safe. 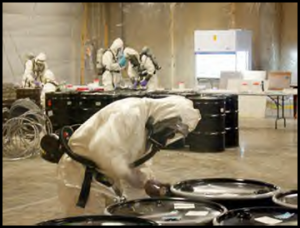 Our first job was to retrieve the mail in the Capitol Hill complex and search for additional letters contaminated with anthrax. After the mail was collected, we constructed a containment facility at a General Services Administration warehouse in Springfield, Virginia and a sampling operation was developed. We were under the gun to see if there was another anthrax-laced letter. We worked with Region 3 OSCs to build a safe and effective containment area for sampling the contaminated mail. All personnel were trained to sample the mail which had been placed in over 600 large trash bags of mail stored in over 280 55-gallon drums.

As we cycled agents in from all over the country, a sense of camaraderie developed across EPA programs that was amazing during those long days. Ultimately, after several days of sampling we found the second letter sent to Congress, the “Leahy letter.”

The incident highlighted the importance of professional relationships and trust in the emergency response community and the critical nature of accurate data. EPA stepped up during this emergency, worked as a team and supported the FBI’s criminal investigation while completing our mission of protecting human health and the environment.

About the author: Ted Stanich is the Associate Administrator of U.S. EPA Office of Homeland Security. Prior to that, he served as the Deputy Director of EPA’s Criminal Investigation Division in the Office of Criminal Enforcement, Forensics, and Training and was a special agent there for more than 27 years. Read more.