It was a wonderful night at the 36th William Oliver Baker Award dinner!

More than 500 intelligence and national security professionals gathered to celebrate The Honorable Sue Gordon at the 36thWilliam Oliver Baker Award..

More than 500 intelligence and national security professionals gathered to celebrate The Honorable Sue Gordon at the 36thWilliam Oliver Baker Award Dinner, on Saturday, September 25 at the Omni Shoreham in Washington, DC. 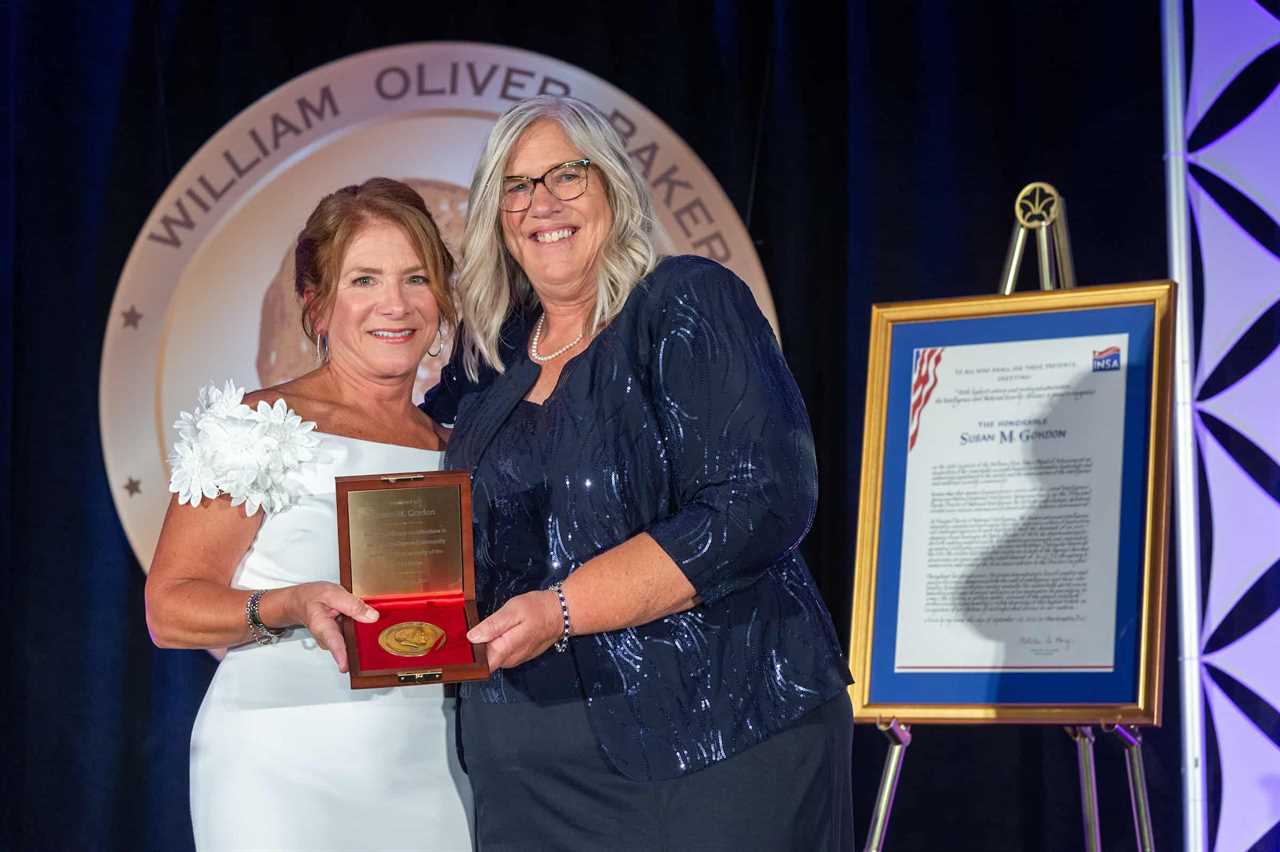 The night got started with a networking reception, where friends and colleagues across the Intelligence Community caught up after 18 months of online meet-and-greets.

Following the networking reception, INSA Chairman Tish Long and President Suzanne Wilson Heckenberg kicked off the formal program, which included legendary guitarist Jeff “Skunk” Baxter playing the national anthem and remarks by Trishi Malhotra, the first-ever recipient of the INSA Foundation Investing in the Future of the IC Workforce Graduate Diversity Scholarship. Trishi, a graduate student at George Washington University, told the audience that the scholarship would help her achieve her goals of serving the national security mission and to provide visibility for underrepresented minority groups and women across the IC.

After dinner, attendees viewed a commemorative video featuring career-long friends and mentors of Ms. Gordon, who spoke about her impact on the community. Tish Long returned to the stage to deliver her personal remarks, which included a message from former PDDNI Stephanie O’Sullivan, who noted…“However much is asked of the IC, however much she believed in and asked the IC’s officers to deliver, Sue demanded even more of herself." 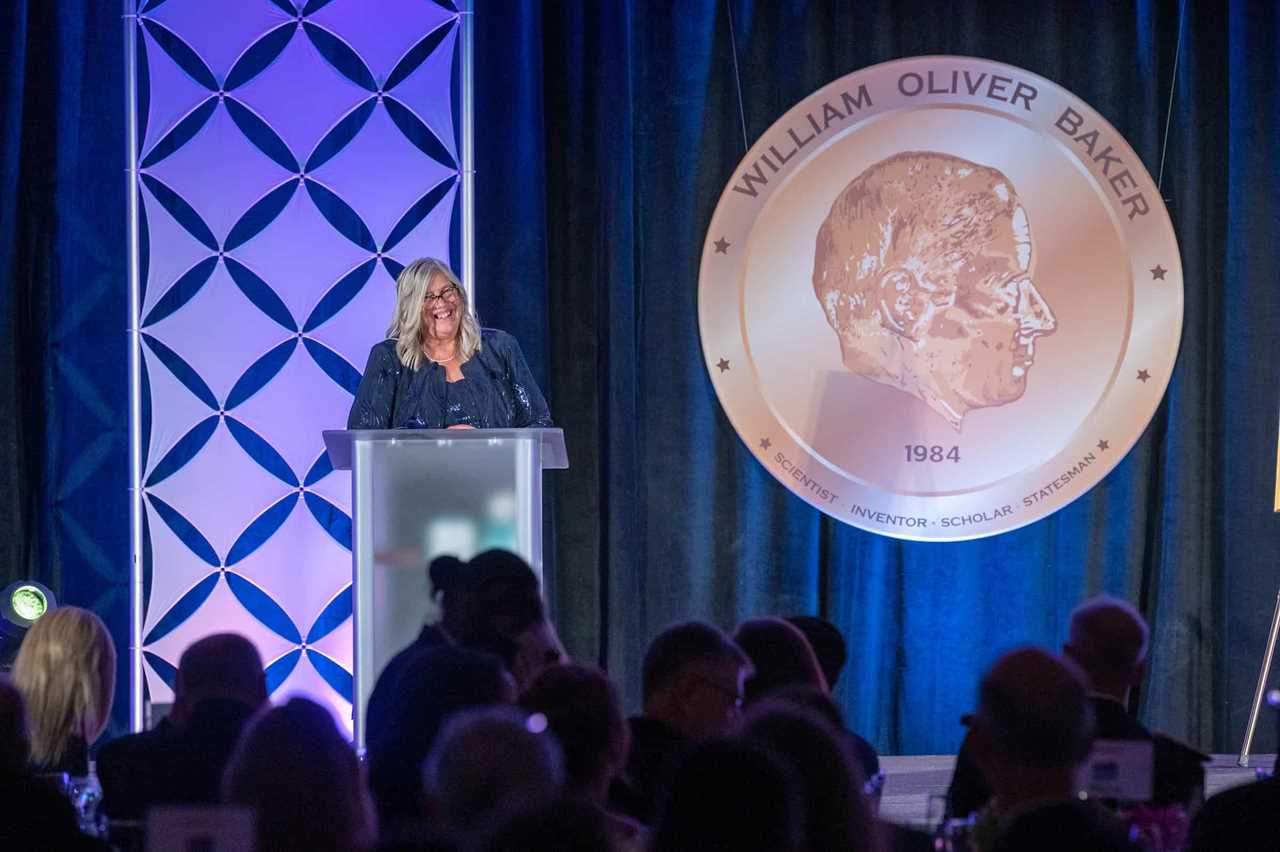 After receiving the Baker Award, Ms. Gordon reflected on her decades-long career in the IC, saying that there was “nothing pre-ordained about it” after she graduated from Duke University with a bachelor’s degree in zoology. Over the years, her curiosity, compassion, and determination to serve the country enabled her to quickly climb the ranks of the IC and, in turn, to bring innovative change in all her leadership capacities.

In reflecting, Ms. Gordon called on the IC to embrace uncertainty and modernize its craft in the face of new threats ranging from strategic competition and climate change to cyberattacks and pandemics. She said that this change cannot fit the mold of existing processes but that, in a world of data abundance, the IC needs to completely reimagine its collection and analysis functions.

Ms. Gordon ended her remarks with a simple ask of the entire community; be fearless, be audacious, and be inclusive. That, she said, is the only way to usher in the change and innovation the community needs.

Thank you to our Sponsors!

Did you miss our previous article...
https://chiefmanagementofficer.blog/homeland-security/2021q1-newsletter