The freezing temperatures of Winter Storm Uri burst pipes in thousands of homes in 2021. After the storm, Texans filed more than 450,000 insurance.. 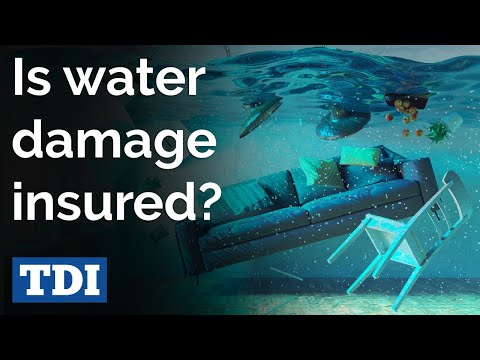 The freezing temperatures of Winter Storm Uri burst pipes in thousands of homes in 2021. After the storm, Texans filed more than 450,000 insurance claims for about $8 billion in insured losses.
We talked to Gammy Martinez of TDI’s Property and Casualty Section about insurance coverage for water damage. Here’s what to look for.

Are insurance policies the same when it comes to covering water damage?

No, each policy can be different, so it's always best to know what's covered and what’s not. Read your policy and ask your insurer about anything you aren’t sure about.

Most home insurance policies do, but it's a good idea to read your policy and talk to your agent to find out if there are limits on your coverage. https://www.tdi.texas.gov/tips/when-are-water-damage-and-mold-covered-by-insurance.html

Does insurance pay for burst pipes?

Most policies will. The key terms are “sudden and accidental” water damage. Those are losses that you couldn’t have prevented or predicted. A burst pipe is a common example of something causing damages that could be covered by a policy. And it’s not just burst pipes. Sometimes, hoses on appliances will fail or leaking shower drains can cause water damage in your home. https://www.tdi.texas.gov/consumer/storms/home-damaged-faq.html

How can I prevent or lessen water damage?

If there’s a water break, cut off the main water line so the water doesn't continue to run. There should be a switch outside your home. Things like that can slow down or prevent more damage, which is something your insurance company will expect you to do. If you don’t, they might reject your insurance claim.